Haslemere members Amanda and Hayley latest ‘Member of the Month’! 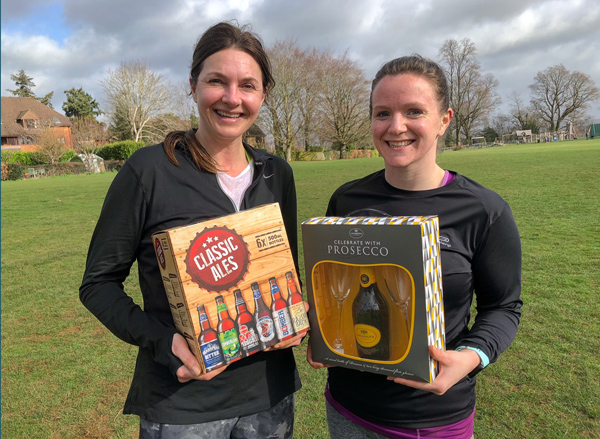 Damn we’re too indecisive! We just couldn’t pick one winner so decided to do a double award this month picking both Amanda and Hayley our ‘Member of the Month’ winners for February! 🏆

In February Hayley has completed the Hampton Court Half Marathon and the ‘Jaw Dropper’ full marathon as well as making it to 11 classes and taking part in two small group Personal Training sessions! That’s one hell of an effort!

Hayley is also an unofficial SFC employee being our chief demonstrator at every class she comes to! Ha! Hayley’s been a hugely positive part of SFC since she joined three years ago making it to three classes a week almost every week and smashes every class!

Amanda has had a terrific January and February. She has made it to four classes a week most weeks travelling up from Grayshott to our Monday and Saturday classes in Godalming as well as being an ever-present at our Tuesday and Thursday classes in Haslemere!

Between January and February Amanda as made it to an impressive 28 classes. We’ve seen a huge improvement in her fitness over the last two months and despite drinking Estonia dry last weekend was back on it hard again this week! She’s a great egg, super nice person who is incredible popular with all our members.

WORK FOR US - JOIN OUR FITNESS TEAM! We’re look

FARNHAM IS GROWING!!! 👏 Our fitness community

☀️ 8am on a sunny Saturday morning Godalming!